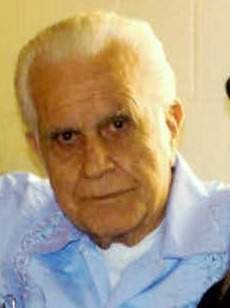 Leon was a WWII veteran from the Pacific theatre, as well as a retired Assistant Police Chief in Paducah. After his retirement, he continued working for Trevathan's and Thomas Furniture stores. Leon was also awarded the followng honors: honorable discharge from the US Navy as Seaman 1st class: Kentuck Colonel (1975) by Governor Julian Carroll; and Duke of fPaducah (1976) by Mayor William Murphy.

Leon loved spending time with his family, fishing, camping, and was an avid gardener. He also builty cypress wood tables. Leon was of the Baptist faith.

He was preceded in death by his wife, Deanna Hoskins; his parents, Charles Louis and Perna Richmond Fndaugh Hoskins; two daughters; one grandchild/daughter; two brothers; and one sister.