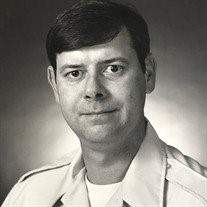 
Mr. William Michael DeMyer, 66 of Benton, KY died on Tuesday, November 12, 2019, at Baptist Health in Paducah, KY. He was a 20 year retiree of the United States Air Force where he served during the Vietnam era as a Technical Sergeant. He was a member of the TL Jefferson Masonic Lodge where he held the titles of Master Mason and Scottish Rite Mason.

Born Wednesday, January 7, 1953 in Paducah, KY, he was the son of the late Robert Lockridge DeMyer and the late Edith Lee (Wyatt) DeMyer.

He was preceded in death by brother, Robert Steven DeMyer.

No public visitation is scheduled.