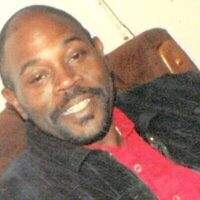 Terry was of the Baptist faith and received an accounting degree from Draughon’s Business College.  Terry was employed in Memphis, Tennessee as a supervisor at the LaFarge Cement Company which was later bought out by Continental Cement Company from which he retired.  On November 16, 2007, Terry’s crew named him “Manager of the Year”.

Terry was a man who loved reading, watching movies, and listening to his favorites hit songs of all time.  He collected watches and eagle figurines and even liked to inject his interest into automobiles.  One great quality he possessed was that of loving his nieces, nephews, and his family as a whole.

Terry leaves to cherish so many fond memories:

All of Paducah, KY

A Host of Cousins and Friends including His Special Friends, Reggie Shaw, Terry Parker and Troy Holt, all of Paducah, KY, James Franklin and Sheena and Alex, all of Memphis, TN.