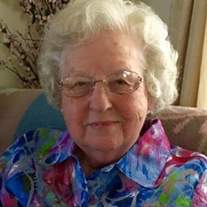 June is preceded in death by her parents and by her first husband, Willard Scott Pace and second husband, James Carrol Crider.

June and her family attended Southland Baptist Temple for the past 55 years where she had served as a Sunday School Teacher, Mission room attendant, on visitation teams, in the Bus Ministry and the Nursing Home Ministry. After the passing of her first husband, she began her career at Walmart where she was the OTC Manager in the pharmacy for 25 years. In addition, she was an avid collector of over 600 dolls. She was a gifted seamstress, devoted mother, loving wife and faithful follower of her Lord and Savior.