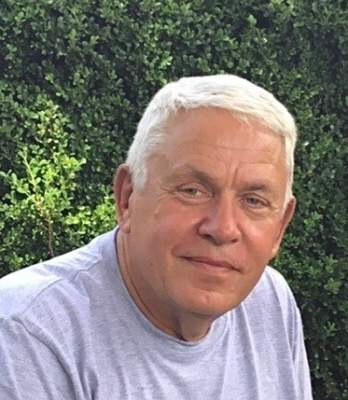 Steve Allen Perry, age 72, of Paducah, Kentucky passed away on Saturday, February 12, 2022 at his home with his family by his side.

Steve was born in Paducah on August 10, 1949 to the late Arthur Perry and Lucille Perry.  He retired as a Revenue Agent with the Internal Revenue Service, and he worked for both the Kentucky Department of Revenue and the City of Paducah.  Steve spent his childhood in Iuka, Kentucky and was a graduate of Livingston Central High School and Murray State University.  He was a proud Navy veteran and later served in the National Guard.  Steve loved music and movies while inside, but considered his greatest joy in being outdoors and working in his yard with his faithful companion, Lucky.  He was a Christian of the Baptist faith and attended First Baptist Paducah.

Steve was the best dad because he was willing to be incredibly involved, love fiercely and be silly and playful.  He will be remembered as someone who was honest, passionate, loyal and compassionate.

He is survived by his wife of 36 years, Carla Perry; his daughter, Megan Bohannon and husband, Chase of Spring Hill, Tennessee; his son, Derek Perry and wife, Hally of Paducah; one sister, Marcia Meadors of Paducah; and will soon be Pops to his first grandchild, Titus Perry.

Steve was preceded in death by his parents, Arthur and Lucillle Perry.

A private Celebration of Life will be held at a later date.