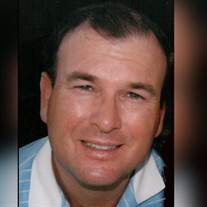 Mr. Sullivan was a retired Backhoe Operator from Paducah Water Works, drove for Brooks Bus Lines where he organized trips to UK Basketball games and St. Louis Cardinal Baseball games, and worked for Baptist Hospital 55 Plus Program. He was a member of Broadway United Methodist Church in Paducah and a Kentucky Colonel.

He was preceded in death by his parents, W.D. Sullivan and Sue Nell (Gardner) Sullivan; one brother, Gary Sullivan.

Funeral services will be held at 12:00 PM on Monday, February 12, 2018 at Hughes Funeral Home in Paducah with Rev. Joe Beal officiating. Burial will follow at Maplelawn Park Cemetery in Paducah.
Visitation will begin at 5:00 PM on Sunday, February 11, 2018 at the funeral home.

Expressions of sympathy may take the form of donations made to any Boston Terrier Rescue Organization.

You may leave a message of sympathy or light a memorial candle online at www.hughesfuneral.com.