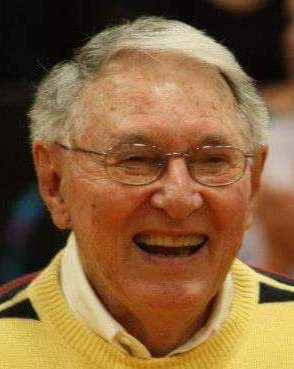 Robert "Bobby" Ray Noles, 85 of West Paducah. Passed away 5:55 a.m. Sunday October 8, 2017 at the Ray and Kay Eckstein Hospice Care Center in Paducah.
Mr. Noles was a 1950 graduate of Paducah Tilghman, where he played basketball and baseball. He attended Paducah Community College 1951-1952 on basketball scholarship. After graduating from PCC in 1952, Bobby played pro baseball for Union City, TN. in the Kitty League. In 1953, he went to Florida spring training for Washington Senators. There they assigned him to Orlando, Florida in Florida State League.
Mr. Noles was drafted into the Army in 1953. In January of 1954 and 1955, he trained in armor and played baseball for the post team. He also served in Korea.
In 1960, Mr. Noles graduated from Murray State University with master's degree with 30 above in education. He taught school for 30 years, most of them at Heath High School. He enjoyed coaching baseball and basketball and had several successful seasons with both.
Mr. Noles was a pipefitter by trade. And member of Local # 184
Survived by his wife of 46 years, Carolyn Sue Tisdal Foster Noles of West Paducah; one daughter, Tina Dyer of Winston-Salem, N.C.; two sons Chris Noles of West Paducah, and Jeff (Tammy) Foster of Barlow, KY. Six grandchildren Audrey Mochnick of Clemmons, N.C.; Will Dyer of Greensboro, N.C.; Hayley Foster of La Center, KY.; Cavin Foster of Barlow, KY.; Chase Noles of West Paducah; Ethan Noles of West Paducah. Two great grandchildren, Hannah Dyer of Clemmons, N.C. and Jakob Mochnick of Clemmons, N.C.
Graveside services will be 11:00am on Wednesday October 11, 2017 at Maplelawn Park Cemetery, with the Rev. Tommy Tucker officiating.
In lieu of flowers, family request donations be made to Ray and Kay Eckstein Hospice Center, 1530 Lone Oak Road, Paducah, KY. 42003 or McCracken County Humane Society, 4000 Coleman Road, Paducah, KY. 42001
Lindsey Funeral Home is in charge of arrangements.
Online condolences may be left at www.lindseyfuneral.com