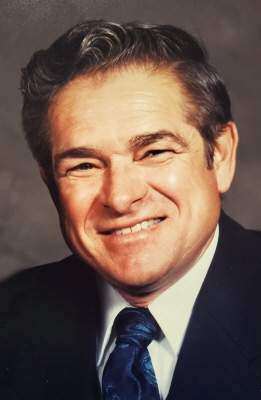 Paul was born at home in Paducah on January 25, 1938 to the late Kay and Helen Wooley.  He served in active duty with the U.S. Navy, after which he moved his family to the Chicago land area where he and Joyce raised their three sons.  Following his retirement from the Ford Motor Company Stamping Plant, he and Joyce moved back to the Paducah area.  In 1988, they moved into the house he built in Boaz, where he lived out the rest of his life.  During this time, he started his own heating and air business.  He was a jack-of-all-trades who enjoyed taking care of his house and property in his spare time.  He was a devout student of the Bible, often teaching Bible classes.  Paul was a member of Bellview Baptist Church.  He will be remembered as a loving husband and a Godly father.  He was known as “Papaw” by his grandchildren.

He was preceded in death by his parents; three sisters, Mattie, Sharon and Carolyn; and one brother, James Wooley.

A funeral service for Paul will be held at 2:00 PM on Thursday, February 24, 2022 at the Lone Oak Chapel of Milner & Orr Funeral Home with Pastor Mark Wooley officiating.  Burial will follow at Maplelawn Park Cemetery.

Expressions of sympathy may take the form of contribution in Paul’s name to: Autism Speaks, 1060 State Road-2nd Floor, Princeton, NJ 08540.