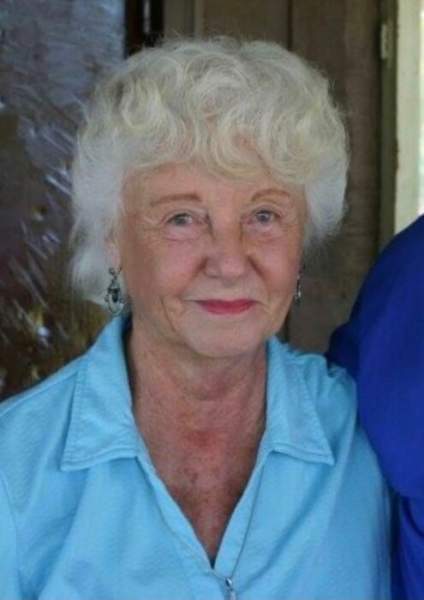 Mary Sue Crosthwaite Taylor Trail was born in Paducah, Kentucky on May 7, 1929 to Thomas ¨Tilkey¨ and Violet Crosthwaite. Although she was an only child, Sue was raised in a large extended family with an abundance of love.  Sue often expressed her great love for her parents, grandparents, and her aunts and uncles who were like brothers and sisters. Sharing a home in order to survive the Great Depression, the Crosthwaites had a deep, unbreakable bond and love for one another.

In 1947, Sue married Charles Evans Taylor.  The two enjoyed a highly active lifestyle; both developing a great enjoyment for sports, especially, the game of golf.  They competed in and won many couples tournaments.  Sue became a talented and accomplished golfer, winning many ladies tournaments. Most notably, Sue was a seven time winner of the Paducah Sun´s Florence Paxton Memorial Golf Championship (winning in: 1966, 1977, 1990, 1991, 1992, 1993, and 1996). Sue also hit at least three hole-in-ones throughout her golfing career.  Sue and Charles were blessed with two children Charles Milton ¨Chuck¨ and Marla Sue. Sue was widowed in 1986 when Charles left this world for his home in heaven.

Sue later married Jimmy ¨Jim¨  Trail in 1999.  Jim provided Sue with love and companionship.  Both Sue and Jim were faithful members of Joppa Missionary Baptist Church.  Sue devotingly cared for Jim until his death in 2008.

Sue would often say that she had lived a very blessed life. Sue truly aspired to live life to the fullest. She remained extremely active up until the last several years of her life. Sue had a loving and giving spirit and found great joy in blessing and helping others be it friend or stranger. She had a great love for her family and friends. Sue enjoyed music of all kinds. She also took delight in nature, from animals to beautiful trees, flowers, and clouds. Sue loved and trusted in the Lord with all her heart and she faithfully and earnestly prayed for her loved ones. She eagerly anticipated meeting her Lord and Savior in heaven. Sue will be greatly missed and forever remembered and loved by her family and friends.

Sue´s family would like to extend their heartfelt gratitude to Dr. Randy Oliver for his  care and patience throughout the years; the staff at Southgate Assisted Living for the love and outstanding service they provided as they helped to make Sue´s apartment into a home, and the Lourdes Hospice nursing staff for their phenomenal help and support during the last week of Sue´s life.

Memorials may be made in Sue’s name to Joppa Missionary Baptist Church, P.O. Box 276, Joppa, Illinois 62953.

Arrangements have been entrusted to Aikins-Farmer-Loftus-McManus Funeral Home. Online condolences may be made at www.aikinsfarmer-millerfh.com