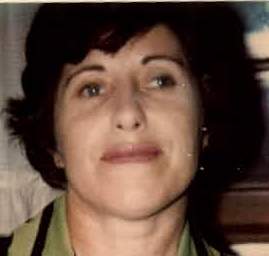 Mary Hendrix, 86, of Paducah passed away on Tuesday, September 20, 2016 at Salem Springlake Care Center in Salem.

She was a retired LPN from Superior Care Center.

She was preceded in death by her husband, Robert Hendrix Sr.; on son, Steven Lee Hendrix; her parents, Frank and Stella Vincent; one brother, Thoams Vincent; one sister, Anna Mae Tosh; one granddaughter, Jill Hendrix Kelley; and one great-granddaughter, Kensey Grace Kelley.

Funeral services will be at 1:00 pm on FRiday, September 23, 2016 at LIndsey Funeral Home with Bro. David Godfrey officiating. Entombment will follow at Maplelawn Park Cemetery.

Friends may call from 11:00 am to service hour on Friday at the funeral home.

LIndsey Funeral Home of Paducah is in charge of arrangements.