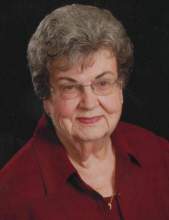 Martha Nell Bradford, 87 of West Paducah, KY died at 1:45 a.m. Sunday, May 29, 2016 at Calvert
City Convalescent Center. Martha Nell was a long time member of Palestine United Methodist
Church. She was a graduate of Heath High School in the class of 1947. Martha Nell retired
January 1, 1997 from McCracken County where she worked in the County Clerk's office for 49
years, serving as deputy clerk and then for many years as McCracken County Court Clerk. She
was a member of Eastern Star through the Grahamville Lodge. Martha Nell enjoyed traveling
with friends, Fay Hill, Freda Walker, and her sister-in-law, Wilma Jerrell. Martha Nell enjoyed
fishing trips, Kentucky Lake, being around people, and being with her friends.
Survivors include one son, David L. Bradford and wife, Brooke, of Georgetown, KY; two
grandchildren, Ryan Bradford and wife, Michaelyn of Germantown, TN and Erin Bradford,
Georgetown, KY and two nephews.
Preceding her in death was her husband of 62 years, Robert L. "Bobby" Bradford; parents, Melvin
Anderson & Allie Rayburn Anderson; one sister, Margaret Ann Anderson.
Services will be held Thursday, June 2, 2016 at 1:00 p.m. at Milner & Orr Funeral Home of
Paducah with Revs, Kendrick Lewis and Brian Nance officiating. Burial will follow at Maplelawn
Park Cemetery. Visitation will be held on Wednesday, June 1, 2016 from 5:00-8:00 p.m. at Milner
& Orr Funeral Home of Paducah.
Expression of sympathy may be made to Palestine United Methodist Church, 5105 Metropolis
Lake Road, West Paducah, KY 42086.
You may leave a message of sympathy or light a candle at www.milnerandorr.com.