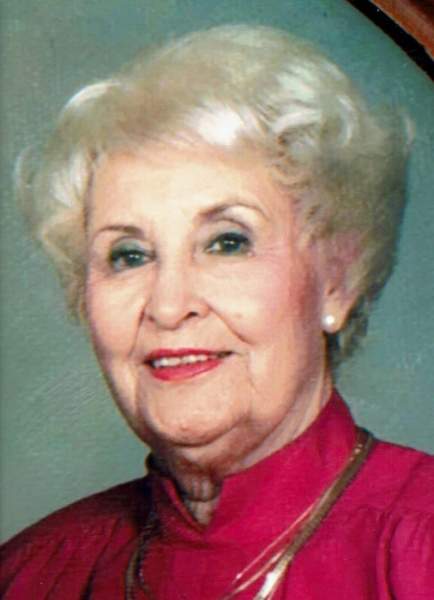 Lou Anna Jones, 100, made her journey to be with her Lord and Savior on Friday, September 8, 207 while residing at Barkley Center in Paducah, KY.

Lou began her career as a beautician after completing cosmetology classes in Clarksville, TN. She worked for various beauty salons in Paducah before opening Lou Anns' Beaty Shoppe in 1946. After 35 years, Lou retired an began volunteer work for the auxiliary of Western Baptist Hospital for 20 years.

Moving to North 12th Street in 1946, Lou and Bob joined 12th STreet Baptist Church where she was a member for 71 years. During the membership Lou served as Training Union Leader and Sunday School teacher for over 60 years. Lou loved people and was a strong witness to both yound and old throughpout her life.

During their retirement days Lou and Bob loved spending time in Florida playing Rook with friends and family and watching UK Basketball along with St. Louis Cardinal and Atlanta Braves baseball games.

Lou Anna was preceded in death by her loving husband of 58 years, Bob; her parents, one brother, Rudy Warford; and two sisters, Ora Mae Warford and Pat Carroll.

Funeral services will be at 12:0 p.m on Thursday, September 14, 2017 at Twelve Oaks Baptsit Church with Danny Orazine and Rev. Brandt Lyon officiating. Burial will follow at Maplelawn Park Cemetery.