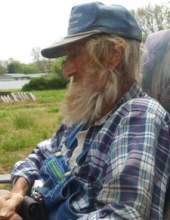 L.L. was born on January 12, 1933 in Almo, Kentucky to the late Lilburn Duncan and Laura Dixon Duncan. He was good man who was always there for anyone that may have needed him.

Funeral services will be held on Thursday, April 25, 2019 at 12:00 p.m. at Milner & Orr Funeral Home. Burial will follow the service at Maplelawn Park Cemetery.