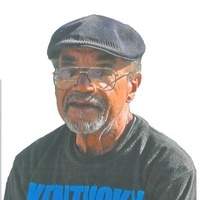 He was a member of Burks Chapel African Methodist Episcopal Church where he served in the Brotherhood and in the church maintenance department. He was a graduate of the former Lincoln High School and was owner & operator of JQ Construction Company.

He was preceded in death by his parents, Horace Askew and Lexie Parchman Askew; three sisters and five brothers.

Friends may also call at the church on Satruday from 10:00 a.m unti the funeral hour.