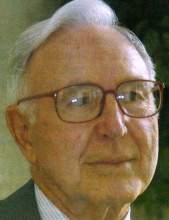 John Gregston Barker, 94, of Paducah, died Wednesday, October 19, 2016 on what would have been his seventieth wedding anniversary to his beloved wife, the late Martha Barker.

John was born in Boaz, KY on August 12, 1922 to the late William Gray Barker and Mamie Garrett Barker. A small town boy, John grew up on his father's farm and the work ethic his parents passed on to him made him a true servant to his fellow man. He served his country as a member of the United States Marine Corps, C Company, 1st Corps during World War II . He was a life member of American Legion Post 31 and a charter member of the Paducah Chapter of Marine Corps League.

John had the innate ability to relate to people during the most difficult times of their lives, secure in the knowledge that he would help them on their steps to recovery from pain of grief. He looked upon his calling as a funeral professional as a ministry to serve his families and he took that responsibility very seriously. While serving as a Kentucky Funeral Director and Embalmer, he always strived to be the best he could be and was on the state board that instituted continuing education training requirements for licensed members. He was owner of Barker Funeral Home, co-owner of Fendley-Barker & Harris Funeral Home, and longtime owner of Roth Funeral Chapel, Inc. He was Past President of the Funeral Directors Association of Kentucky, Past President of the Kentucky State Board of Embalmers and Funeral Directors, and a member of the Funeral Service Examining Board. After his retirement, John was a senior staff member of Milner & Orr Funeral Homes, Inc. He served as McCracken County Coroner for numerous years. When he was coroner, he attended both state and national training conventions with the top forensic experts of his time. He was well respected over the Commonwealth for his knowledge in death investigations and served as a mentor for his nephew, Jerry Beyer. He was Past President of the Kentucky Coroner's Association and a member of the International Association of Coroners and Medical Examiners.
John had served as a McCracken County Commissioner, received the Alben Barkley Distinguished Citizen Award and McCracken County Distinguished Veteran, was a member of the Kentucky Highway Patrol, and was awarded the Duke of Paducah and Kentucky Colonel.
He was a very active member of many charities and fraternal organizations, including Paducah Rotary Club (Paul Harris Fellow), Paducah Toastmaster's Club, Paducah Shrine Club, Plain City Lodge #449 F&AM, Paducah Chapter #30 Royal Arch Mason, Paducah Council #32 Grand Council, Paducah Commandery #11 Grand Commandery of Knights Templar, Alben Barkley Lodge I.O.O.F, and Rizpah Shrine Temple. He had served on the Board of Directors for American Red Cross.

A longtime and faithful member of Broadway United Methodist Church for over fifty years, John had served on various committees including Pastor/Parrish Relations, Capital Campaign Committee, and Finance Committee. He was a member of the choir and a guest soloist.
John helped many local, state and national politicians during their election campaigns so therefore he was consulted on many projects to serve this community, state, and country. Regardless of if he was standing in a small country cemetery or in the great halls of Democracy he always extended the hand of friendship and fellowship to his friends, family, or a person he had never met. If John could not remember your name he would simply say "I knew your mother and father but I can't recall your name". They would tell him their name and family connection and John would reply "well of course you are". From that point on they would refer to him as "Uncle Johnny".

John is survived by many nieces and nephews and extended family. He not only claimed kin to almost everyone he met through his family connections and those of his wife but also the many families he served in his occupation as funeral director.
He was preceded in death by his wife, Martha Jean Smith Barker, who was the love of his life, soul mate, and stood by his side during the long hours and days of his career. Also preceding him in death were his brothers, Russell, Rooney, and Garrett Barker; sisters, Ester Wilson, Ruby Johnson, Flossie Peyton, Pansy Beyer, and Helen Tomlinson.

Funeral services will be held at 1pm Saturday at Broadway United Methodist Church with Rev. Joe Beal, Rev. Lora Jean Gowan and Dr. David P. Comperry officiating. Burial will follow at Maplelawn Park Cemetery. Visitation will begin at 10am at the church.

Contributions may be made to Broadway United Methodist Church, 701 Broadway, Paducah, KY 42001 or Shriners Hospitals for Children, 4400 Clayton Avenue, St. Louis, MO 63110.
You may leave a message of sympathy or light a memorial candle at milnerandorr.com.