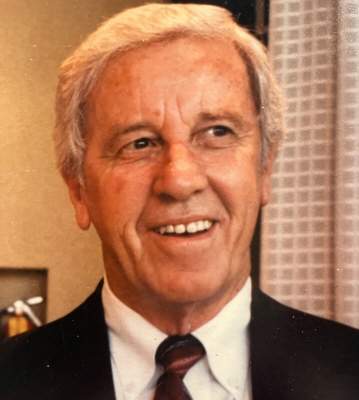 Joe Edward DuPerrieu, age 91, of Paducah, Kentucky, passed away on Thursday, January 20, 2022 at The Lakes of Paducah.

Mr. DuPerrieu was born in Paducah on September 30, 1930 to the late Frank DuPerrieu, Sr. and Mary Ruble DuPerrieu.  He was a Korean War Veteran of the United States Army, having served from 1951 to 1953 and earning various meritorious medals for his service.  Joe was a retired Captain of the Paducah Fire Department. After his retirement from the fire department,  he went on to sell office copy machines and real estate for over 20 years.  In his retirement, he was known to many as "Coffee Joe" and he looked forward to meeting with his buddies in his coffee group. He was an avid sports enthusiast and fan of the St. Louis Cardinals and the University of Kentucky Basketball.   Joe had been a resident of The Lakes of Paducah for the last six years.

He was preceded in death by his wife, Martha DuPerrieu; one sister, Mary Nell Bachman; and his parents.

A private family graveside service will be held.

A Celebration of Joe's life will be held at a later date.