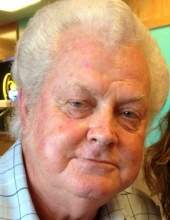 James Dale Harper, 71, of Boaz, died Wednesday, May 17, 2017 at Ray & Kay Eckstein Hospice Care
Center.
Dale was born in Paducah, KY on March 25, 1946. He was a member of Abundant Life Pentecostal
Church and retired as a truck driver after over forty years on the road, sometimes driving over 4000
miles per week and over seven million miles in his career. Dale was generous to a fault, which meant
that he gave of his time and energy to those he loved even when he was pushed past exhaustion.
Described as a "walking atlas" by his family, Dale knew by memory roads, highways and cities through
which he had driven. He was also a mechanically inclined handyman who could troubleshoot and fix
nearly anything. He adored his dog, Jello, and spoiled her with high quality food and treats.
Dale is survived by his wife, Linda Lou Harper; two daughters, Melissa (Michael) Brindley of
Lewisburg, KY and Michelle (Joey) McKinney of Mayfield; brother, Joel Harper of Paducah;
grandchildren, Casidy (Emily) Gooch, Ethan Brindley, and Josh, Jake, and Haley McKinney; and greatgrandchildren,
Jace and Jack McKinney.
He was preceded in death by his parents, Uriah and Nellie Stone Harper; and brother, Charles Harper.
Funeral services will be held at 2pm Saturday at Milner & Orr Funeral Home and Cremation Services of
Paducah with Rev. Alvin Swan officiating. Burial will follow at Maplelawn Park Cemetery.
Visitation will begin at noon Saturday at the funeral home.
Contributions may be made to Abundant Life Pentecostal Church, 2210 West Hovekamp Road, Paducah,
KY 42003.
You may leave a message of sympathy or light a memorial candle at www.milnerandorr.com.