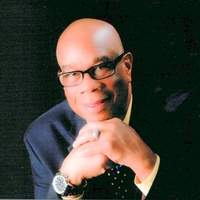 He was a member of Harrison Street Missionary Baptist Church where he served as supervisor of the building and grounds department. He graduated from West Kentucky State Vocational- Technical School where he later became the instructor for the Carpentry Department. He retired from City of Paducah as Deputy Chief Inspector and was owner and operator of Triple B Maintenance.

He was a veteran of United States Army having served during Desert Storm.

He was preceded in death by his parents, Archie Brazier, Sr. and Mattie Brazier; two sisters and four brothers.

Friends may also call at the church on Saturday from 10:00 a.m. until the funeral hour.

You may light a candle and leave condolences online at pettusrowlandfh.com.