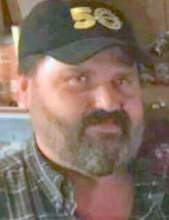 Gary Jay Lambert, 47, of Paducah Kentucky passed away at 6:55 p.m. Friday, March 25, 2016. He
was employed by Shooters Supply of Paducah where he was an Concealed Carry Instructor. Gary
was certified in Kentucky and Illinois for concealed carry instructor. He was a member of the
Jackson Purchase Pistol and Rifle Club where he had served as Vice - President and Treausrer.
Gary was the former owner and operator of Lambert's deli. He was a member ot the N.R.A. and
was an avid hunter.
Gary is survived by his wife, Lynnette Fern Berry Lambert of Paducah, Kentucky; daughters,
Kristen Lynnette Parks, Amber Leigh Ann Lambert both of Lexington, Kentucky and Kemberly
Renee` Lambert of Paducah, Kentucky; parents, Butch and Gloria Hall Lambert of Paducah,
Kentucky; sister, Tracy Lambert York and husband Jeff of Benton, Kentucky; brother, Michael
Lambert and wife Shelly of Calvert City, Kentucky; granddaughter, Sadie Caroline Parks of
Lexington, Kentucky; several nieces and nephews who knew him as "Okie" and several aunts and
uncles.
He was preceded in death by his grandparents, Eugene and Elizabeth Hall, Newt and Lucille
Lambert; sister in law, Twila Cunningham Lambert; aunts, Cookie Lambert and Margaret Myre.
Funeral services will be at 11:00 a.m. Wednesday, March 30, 2016 at the Milner & Orr Funeral
Home of Paducah with Rev. Shawn Stephens officiating. Burial will follow in the Maplelawn Park
Cemetery.
Visitation will be held from 5:00 p.m. until 8:00 p.m. Tuesday, March 29, 2016 at the Milner & Orr
Funeral Home of Paducah.
Expressions of sympathy may take the form of contributions to the , N.R.A., 11250 Waples Mill
Road, Fairfax, VA 22030.
You may leave a message of sympathy and light a candle at www.milnerandorr.com.