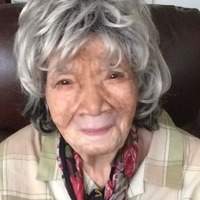 She was a member of Washington Street Missionary Baptist Church where she served on the culinary staff.

She was a retired educator from the Paducah Public School System working in the Headstart Program.

She was preceded in death by her husbands, Willie Phillips and Albert Jenkins; her parents, Marshall Weatherspoon and Iris Davis Weatherspoon; one son Curtis Watkins, two brothers and three sisters.

Friends may call on Friday at the church from 11:00 a.m. until the funeral hour.