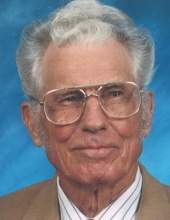 Mr. Henderson was born in Brookport, IL on March 5, 1926 to Elmer and Ruth Henderson. He served his country as a United States Marine during W.W. II, and has always had a great love for this nation and it's flag. He worked as a Boilermaker/welder with TVA. He was a lontime member of the Broadway Church of Christ, and a Mason and Shriner out of Masonic Lodge 707 in Grahamville, KY. He loved horses and doges, especially his dog "Dusty".

Expressions of sympathy may take the form of contribution to Lourdes Hospice, PO Box 7100 Paducah, KY 42002-7200