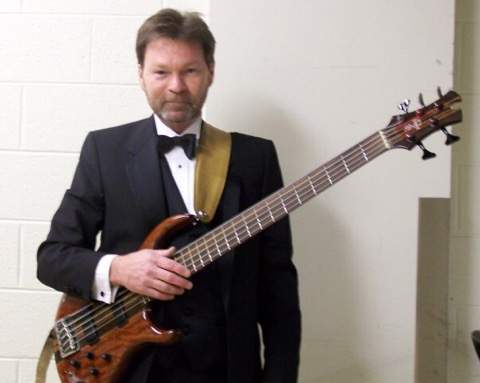 Eddie Wayne Coryell passed from this world on February 28, 2019, at 9 a.m. at Mercy Health-Lourdes Hospital in Paducah.

He was preceded in death by his parents, Oma and Morrison Coryell; and his sister, Anita Adams.

Eddie was immersed in music from the time he got his first bass guitar. Possessing a lovely tenor voice, he had a career in performance and teaching as well as business. Eddie was a member of numerous bands locally that included The Arrangement, the Family Portrait, Majik, Flight 602 and more recently with Kim Hill in the group Times 2 Music. Eddie was a singer and bass player in these groups. He also played in numerous bands during his many years in the Los Angeles area. He was the bass player on tour with The Lettermen and a tour with Billy Ray Cyrus. This instrument that he loved so much became like an extension of himself as he played difficult and intricate bass lines with perfection and seeming ease.

Eddie studied music at Murray State University, Berkeley School of Music in Boston, Massachusetts, as well as studying privately with some of the best guitar teachers of his time. He himself became a teacher at The Bass Institute of Technology in Los Angeles, California. His success there shows in his various students who now teach and play and sing Eddie’s praises for all he taught them about playing bass guitar.

Eddie will be missed by his family and friends but his influence as a father, brother, uncle, friend and associate will live on. His girlfriend of many years, Kim Hill, will miss her music partner in the duo Times 2 Music. He leaves big shoes to fill.

Eddie possessed a unique combination of musical skills and boyish charm. We will not see these again until we join him and celebrate together as we hear those wonderful words: “Well done thou good and faithful servant!”