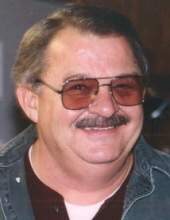 Don Montgomery, 71, of Paducah, Kentucky passed away at 11:45 a.m. Sunday, February
18, 2018 at his residence. He was born in Conway, Missouri. Don was retired after 26 years
of service from Paducah City Fire Department where he served as Assistant Fire Chief. He
was well respected by his firefighters and the department. Don was a member of Gospel
Mission Worship Center and attended Victory Assembly Worship Center. He was a member of
the American Legion, the D.A.V. and was a Kentucky Colonel. Don was a former member of
the International Association of Fire Fighters Union Local #168. He proudly served his country
in the United States Army during the Vietnam War. Don enjoyed hunting, fishing and spending
time with his canine friend, Lucas. Don especially loved his family, he was a loving husband, he
was very proud of his boy's and his grandchildren.
He is survived by his wife of 38 years, Ruth Rhew Montgomery; sons, Jeff Montgomery and
wife Tana of Paducah, Kentucky and Jason Montgomery and wife Mandy of Paducah,
Kentucky; brothers, Johnnie B. Montgomery and wife Sue of Lebanon, Missouri and Clarence
B. Montgomery of St. Robert, Missouri; half brothers, Mike Montgomery of Oklahoma, John
Montgomery, Jr. of Alaska and Monty Montgomery of New York; grandchildren, Noah
Montgomery, Tandi Montgomery, John Montgomery and several nieces and nephews.
Don was preceded in death by a sister, Cathy Montgomery. His parents were Leonard
Montgomery and Gladys Smith Montgomery.
Funeral services will be at 1:00 p.m. Thursday, February 22, 2018 at Milner & Orr Funeral
Home of Paducah with Rev. Gary DeRossett officiating. Burial with Military Rites will follow at
Maplelawn Park Cemetery.
Visitation will be held from 5:00 p.m. until 8:00 p.m. Wednesday, February 21, 2018 at Milner
& Orr Funeral Home of Paducah.
Expressions of sympathy may take the form of contributions to St. Jude Children's Research
Hospital, 501 St. Jude Place, Memphis, TN 38105 or to the American Legion, 425 Legion
Drive, Paducah, KY 42003.
You may leave a message of sympathy and light a candle at www.milnerandorr.com.