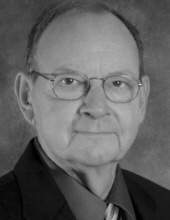 Mr. Young was a very loving husband and very involved and devoted father to his three daughters.

He was a retired Electrical Engineer for Electric Energy Incorporated in Joppa, Illinois and a United States Army Veteran. He was a graduate of Augusta Tilghman High School and University of Kentucky where he developed a love for Wildcat basketball. Mr. Young was a member and trustee of Fountain Avenue United Methodist Church where he helped with numerous projects around the church specifically the tuning and the rebuilding of the pipe organ which he became passionate about at 12 years old when he watched the installation of the pipe organ. This inspired him to begin his study and love for pipe organs. Later, he founded
Young Organ Service where he tuned, repaired, rebuilt and maintained pipe organs in Paducah, and the surrounding three states.

He was preceded in death by his sister, Margaret Young Carter; and two brothers, Lt. Stewart A. Young, and Robert Young. His parents were, Stewart A. Young Sr. and Maude Lassiter Young.

Milner & Orr Funeral Home of Paducah is in charge of arrangements.