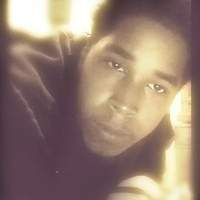 He was a member of Mt. Sinai Missionary Baptist Church and was a graduate of Paducah Tilghman High School.

Funeral services are scheduled for Thursday, February 22, 2018, 11:30 a.m., at Mt. Sinai Missionary Baptist Church with Reverend Edward Ballard officiating. Burial will follow in Maplelawn Park Cemetery.
Friends may also call at Pettus-Rowland Funeral Home on Wednesday, February 21, 2018, 5:00 p.m. until 6:00 p.m. and again at the church on Thursday from 10:00 a.m. until the funeral hour.
In lieu of flowers, the family requests donations to Pettus-Rowland Funeral Home at 1229 Madison Street, Paducah, KY 42001.
Condolences may be left on line at pettusrowlandfh.com