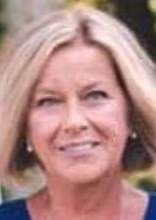 She was of the Baptist faith.  Debbie was a loving, and comforting mother and grandmother.  A selfless person who worried about others needs before her own needs.

She was preceded in death by her parents, William “Bill” Flournoy and Della Lizabeth Flournoy.

Graveside services will be  announced at a later date.

Lindsey Funeral Home is in charge of arrangements.