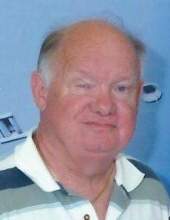 Charles “Chuck” F. Miller, 71, of Paducah, Kentucky passed away at 11:55 a.m. Wednesday, December 11, 2019 at his residence. He was a purchasing agent for several barge companies including, Memco, AEP, ACBL and Agri-Trans. Chuck also worked for Petter Supply as a salesman. He grew up on the river and enjoyed boating and traveling. Chuck and his wife, Marla had season tickets for the St. Louis Rams and enjoyed tailgating at the ballgames. They liked entertaining friends and family at their home around the pool, grilling and cooking for everyone.

He was preceded in death by his wife, Marla Anne Howe Miller. His parents were Frank and Dorothy Julian Miller.

Visitation will begin at 12:00 p.m. Sunday at the funeral home.