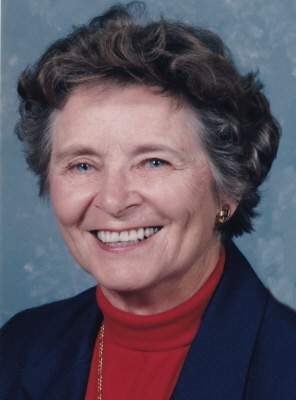 Annie (Ann) Elizabeth Garrigan Nagel died Sunday morning, August 23, 2020, in Gainesville, Georgia, where she had lived for several years.  Ann was born in Cayce, Kentucky, on September 26, 1925, where she subsequesntly lived with her parents and her nine siblings.  She graduated in 1946 in Home Economics from the University of Kentucky, after which she worked as a Home Demonstration Agent in Benton, Kentucky.  Following World War II, Ann met Frank Nagle and they were married at Mount Zion Church in Obion County, Tennessee, on February 26, 1949.  After her wedding, she taughty home economics at Paducah Tilghman High School, and later, at Lone Oak High School.  During the time Ann was an instructor at Lone Oak, she attended Murray State University where she earned a Master’s of Science degree in Education in 1973.

Ann was an active member of Grace Episcopal Church (Paducah) where she taught Sunday School and served in the Alter Guild.  She was a serious contender, along with her husband, Frank, on the tennis courts at both The Rolling Hills Country Club, and later, the Paducah Country Club where she won many ribbons as a member of the club’s Women’s USTA sanctioned Tennis Team.  She was also an active member and officer of the Lone Oak Homemakers Extension Club for many years.  Ann’s family and friends were well aware that she was a ferverent lifetime fan of the UK Wildcats basketball team, and could be counted upon to know not only when and where the games were being played but kept up with all their scores.

Ann in preceded by her parents, Hugh Elisha Garrigan and Cordelia “Dee” Glover Garrigan; her siblings, and her husband, Francis Alan Nagel.  She is survived by their three children, Alan (Laura), Geoffrey (Sharon), and Delane, in addition to eight grandchildren, two great-grandchildren, and many nephews and nieces.

A celebration of Ann’s life will be held at 11:00 am on Friday, April 22, 2022 at Grace Episcopal Church.  Burial will follow at Maplelawn Park Cemetery.